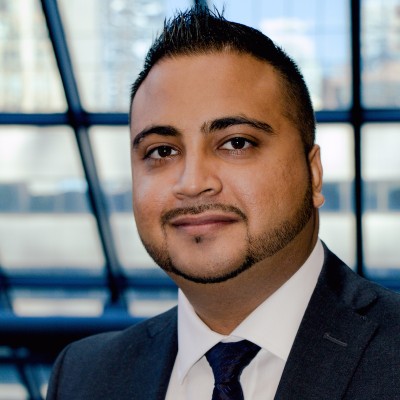 Ritesh has dedicated his working career to exploring how technology could be used to cocreate public safety and trust between our communities and public institutions. He started an eight-year career within policing which involved two police agencies within Canada along with several international assignments. He co-led the creation of the Cyber-Crimes unit and the Research and Innovation portfolio focusing on digital transformation. Ritesh then transitioned to the Private sector where he worked with different Fortune 500 Tech companies on global projects related to Cyber Security, Investigations and Next-Generation IoT applications for Smart Cities projects. In 2018, Ritesh was selected by Harvard University’s Kennedy School of Government for their Emerging Leaders Executive Program. In 2017, he completed an MBA with distinction from the University of Edinburgh with an exchange at Peking University in Beijing, China. He also holds a BBA from the University of Toronto. Ritesh is also currently in the process of completing his J.D. with a focus on Tech Law at the University of Ottawa. Ritesh has had the privilege of working and presenting around the world including the World Internet Conference in China, the training academy for the Jamaican Constabulary Force, Intersec in Dubai, the Major City Chiefs/FBI National Executive Institute Conference, NATO sponsored Cyber-Security Conference in North Macedonia and several other events in the Middle East, North America and Europe. Ritesh has written several articles for the Financial Times, the Economist and several other publications. He also frequently appears in mainstream media as a subject matter expert on tech and cyber related stories.